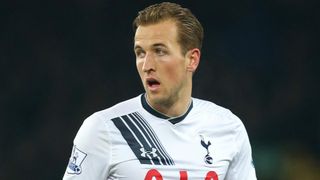 Tottenham manager Mauricio Pochettino says Harry Kane has no desire to leave the club this year.

Reports on Friday suggested Real Madrid, who have signed Luka Modric and Gareth Bale from the London club in recent years, would look to sign the England international at the end of the season.

Pochettino, however, has insisted any potential suitor would be wasting their time with an approach.

"He is one of the best strikers in world and it would not surprise me if some big clubs were interested in him," Pochettino said of Kane, who has scored 13 goals in 26 appearances in all competitions this season.

"Harry is not for sale and the good thing is that he wants to stay with us.

"Sometimes a coach can say that a player is not for sale but if a player wants to leave, sometimes he leaves. But Tottenham don't want to sell - Harry wants to stay with us.

"He is in very good condition, he is fresh mentally and physically and we are happy with the way he is now."

Pochettino has also given his backing to Pep Guardiola's intended move to the Premier League this year.

The Bayern Munich boss has confirmed he will leave the Bundesliga champions when his contract expires in June and would like to take charge of a top-flight club in England.

"The Premier League is the best league in the world and Guardiola is one of the best managers in the world," Pochettino added.

"In the last few years, he has won a lot of titles with Barcelona and Bayern. It's exciting if in the end he comes to the Premier League."