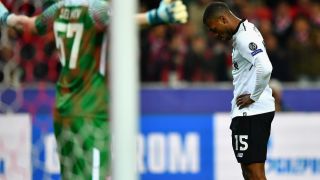 Jurgen Klopp insisted Liverpool's decision not to buy a first-choice striker in the close-season was still the right one.

Klopp has the likes of Philippe Coutinho, Sadio Mane, Roberto Firmino and Mohamed Salah at his disposal, but wastefulness – as well as poor defending – has cost Liverpool at different times early in the season.

But Klopp insisted there was enough firepower at Liverpool, who visit Newcastle United in the Premier League on Sunday.

"We have Daniel Sturridge. We all know about his potential. Now he's fit, so hopefully we can use it," he said.

"And we have Dom Solanke for sure the biggest English talent in the number nine position. That's a fantastic situation.

"Because Morata is now really working and is a perfect fit, because Lukaku is the perfect fit for Manchester United, because Harry Kane is now scoring [for Tottenham], because Lacazette is doing well... we had other things we felt we needed to do first.

"For us, the market was not really there. We had no chance for Lukaku," Klopp added. "That would have been an interesting move.

"You cannot buy just because you think you will not score enough. We have enough chances and we will score."

Manchester United were the last club to win the league, in 2008-09, without a player scoring at least 20 goals.