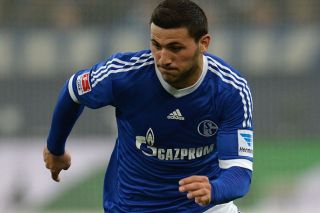 With captain Nemanja Vidic set for Inter, and Rio Ferdinand and Patrice Evra out of contract at season's end, United are in need of defensive reinforcements.

Although United are without a manager following David Moyes' sacking on Tuesday, club officials have identified the 20-year-old Bosnian left back as a transfer target, along with Southampton young gun Luke Shaw.

And Kolasinac, who is the latest Schalke starlet to be linked with a move away from the Bundesliga outfit, said he is considering an offer from the fallen Premier League champions.

"But, I will not hurry with the decision (over my future). I have to see what Schalke think about it."

The Bosnia-Herzegovina international has made 22 league appearances for third-placed Schalke this season as Jens Keller's men aim to secure automatic qualification for the UEFA Champions League.

Kolasinac has quickly forged a reputation as one of the Bundesliga's most talented youngsters after making his debut for Schalke in a 2-0 win over Greuther Furth in September 2012.

The German-born defender, who can also play in midfield, also made his international debut for Bosnia-Herzegovina in the nation's friendly against Argentina in November last year.