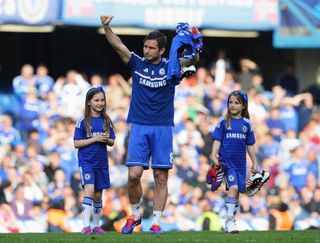 The 35-year-old midfielder's future has been unclear throughout the Premier League season and he was on a list of released players on Friday.

Left-back Ashley Cole, striker Samuel Eto'o and goalkeeper Mark Schwarzer are among the others on the list.

They could yet be retained if they agree to new deals with the English giants.

Cole and Eto'o have been expected to leave Stamford Bridge since late in the season but Lampard looked set to agree to an extension.

Chelsea captain John Terry agreed to a one-year deal earlier in May.

Schwarzer is still hopeful of another contract, but the Australian's release – along with Hilario – could mean on-loan shot-stopper Thibaut Courtois will return from Atletico Madrid.