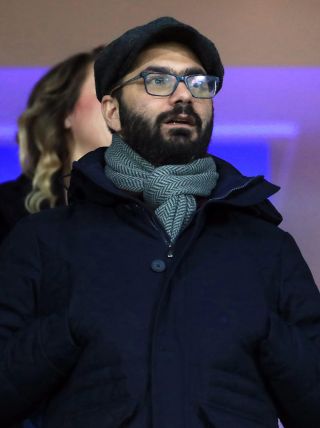 Leeds director of football Victor Orta and head of media and communications James Mooney are to accept charges laid against them by the Football Association.

The pair were involved in separate incidents in the Elland Road tunnel at half-time of the Whites’ 3-2 Sky Bet Championship victory over Millwall on Tuesday night.

The FA said on Twitter that Orta and Mooney “have separately been charged with a breach of FA Rule E3 following the club’s EFL Championship fixture against Millwall FC on Tuesday 28 January 2020.

“It is alleged that Victor Orta’s language and/or behaviour in the tunnel area at half-time amounts to improper conduct.

“It is alleged that James Mooney’s behaviour, which occurred in a separate incident in the tunnel area at half-time, also amounts to improper conduct.

“Both have until Tuesday 4 February 2020 to provide their responses.”

Neither will be contesting the charges.

A statement from a club spokesperson read: “Victor and James will accept the charges issued to them by the FA.

“Both incidents show a lack of judgement, but we do not believe that either party has used inappropriate language or acted aggressively. The club will not make any further comment at this time.”