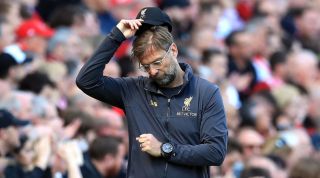 The Reds completed their Premier League campaign on May 12, finishing one point behind Manchester City in second, but face a lengthy wait until June 1 before the showcase fixture in Madrid.

The Times reports on Thursday that Liverpool want to set up a behind-closed-doors friendly match to help maintain match sharpness, but have found this difficult to arrange as many clubs have completed their campaigns and sent their playing squad on holiday.

Jurgen Klopp’s team are on a training camp in Marbella ahead of the clash with Spurs, and could have to settle for a test against an academy or Under-23 team during the three-week gap between their league season ending and the European final.

Striker Roberto Firmino requires a test of match fitness as he recovers from an abductor injury, having not featured since the semi-final first-leg defeat to Liverpool on May 1.