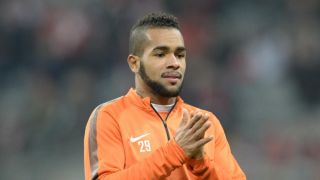 Liverpool target Alex Teixeira says he is ready to leave Shakhtar Donetsk and move to the Premier League.

Teixeira has scored 22 goals in 15 league games for Shakhtar this season, while also netting on four occasions as the Ukrainian club missed out on the Champions League knock-out stages.

Reports have suggested Liverpool will turn to Teixeira to add another dimension to their attacking play, however Shakhtar are said to be keen to keep him until the end of the season.

"I would like to move in this transfer window and have told them [Shakhtar] that," the 26-year-old told Globo.

"They have received a very good offer and they are working on a solution. But if I don't go now then I will leave in the summer. After six years in Europe and with Shakhtar we are ready to move and I have spoken to my wife and daughter.

"It is my desire to move to a big league and I know that the English league is very strong. I am ready and I know that I will grow up a lot there. I am aware that two big clubs such as Liverpool and Chelsea are interested but I haven't given my word to either of them.

"I am not ruling out other leagues but I do want to play in the Premier League.

"In my mind, it is the strongest in the world. I want a challenge and to further my career there. My aim is to move to a big club so that I can do well there and get a place in the Brazil squad.

"Everyone knows that is hard to achieve and I need to leave here to achieve that goal."