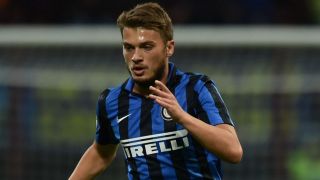 Roma have confirmed that forward Adem Ljajic has joined Torino for a fee that could rise to €9million.

Ljajic, 24, completed a medical early on Tuesday before signing a contract with Sinisa Mihajlovic's side.

"AS Roma can confirm that Adem Ljajic has been sold to Torino FC on a permanent deal for a fee of €8.5m," a Roma statement read.

"The total sum could eventually rise to €9m, should both player and club meet agreed performance clauses."

Ljajic, who spent last season on loan with Inter, told his new club's official website: "I thank president [Urbano] Cairo and sporting director [Gianluca] Petrachi for everything they've done to bring me to Toro.

"I'm also happy because I'll be meeting Mihajlovic, a quality coach who's been very important in my career already. He's always shown faith in me."

Roma also announced that Iago Falque has joined on a season-long loan with the option to make the move permanent in 2017.

"I'm ready to put myself at the disposal of the coach and my team-mates and I hope to make a good contribution."