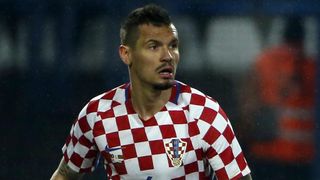 Lovren was an unused substitute in Croatia's 1-1 friendly draw with Hungary last month and drew criticism from Cacic for seemingly failing to complete a touchline warm-up.

The 26-year-old later gave an interview, published last weekend, claiming he will not attend the tournament in France if he is not in the starting XI.

The Liverpool defender met with Cacic on Sunday and the Croatian Football Federation have now issued a statement on behalf of the coach, making it clear Lovren has much to do if he is to gain a reprieve before the finals begin in June.

"We had an open conversation about everything, we want to keep that between us," Cacic said in the statement.

"I've said the national team is more important than every individual and I will not step away from that belief.

"There are no ultimatums in the Croatia team and there has to be respect for the Croatian jersey, team-mates and the coach.

"Dejan has his best years ahead of him, he plays well for Liverpool and I wish him to continue that way, I hope he will accept this decision in a mature way and realise that even the best players on earth put themselves in the service of the team rather than looking at themselves.

"That is the only acceptable way for a Croatia national team player and only by thinking that way can Lovren return for the national team in the future."

Croatia have been drawn in Group D of the tournament, together with Czech Republic, Turkey and holders Spain. Their first match is against Turkey at Parc des Princes on June 12.