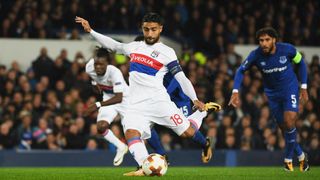 Lyon have categorically denied reports that Liverpool are close to agreeing a deal to sign star forward Nabil Fekir.

Fekir has emerged as a priority target for Reds boss Jurgen Klopp, who is looking to build on Liverpool's impressive run to the Champions League final.

Liverpool have been proactive in the transfer market already, with Naby Keita set to join from RB Leipzig having agreed a deal last year, while Fabinho – a regular opponent of Fekir in Ligue 1 with Monaco – has also signed.

Numerous forwards have been linked with a move to Anfield, but reports of an agreement with Lyon for the transfer of Fekir began to intensify on Thursday, with some even suggesting an announcement was expected within 24 hours.

But Lyon have denied those claims, labelling them "false" and urging supporters to ignore rumours until an official announcement is made.

A Lyon statement posted on their official Twitter account read: "The information on the transfer of Nabil Fekir is false.

"Olympique Lyonnais categorically denies the false information disseminated by many media outlets about the transfer of Nabil Fekir to Liverpool.

"In this period of transfers where the slightest rumour is often presented as a reality, Olympique Lyonnais recalls that only the information disseminated by the club on its website is authentic."

Fekir is a part of the France squad travelling to Russia for the World Cup after enjoying arguably his best season in professional football.

The 24-year-old scored 18 times in 30 Ligue 1 games, while he also set up eight goals for team-mates, making him one of the most effective attackers in France last season.