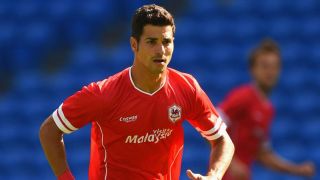 Cardiff City striker Javi Guerra has ended a frustrating seven-month spell at the club by signing a loan deal with Malaga until the end of the season.

The 32-year-old striker has endured a tough time in South Wales after arriving in May, following Cardiff's relegation from the Premier League, on a three-year deal.

Much was expected of Guerra after he scored 15 league goals for Real Valladolid last season, yet he struggled to break into the first team - making just three substitute appearances in the league.

Following the departure of manager Ole Gunnar Solskjaer in September, Guerra has not featured for the Championship side and a move home has now materialised.

The club confirmed the move on their official Twitter account, stating: "Cardiff City can confirm that striker Javi Guerra has today joined Malaga on an international loan deal until June 30 2015."

He joins a Malaga side challenging for a top-six place in La Liga.