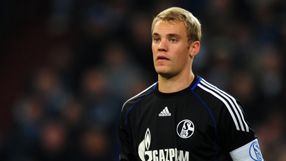 The 24-year-old, who has also been a target for Bayern Munich, has a contract until 2012 with last season's Bundesliga runners-up.

"An international agent contacted me and expressed Manchester United's interest in Neuer," Toennies told Bild newspaper. "If and when there is a written request from Manchester United then we will deal with it."

Schalke coach Felix Magath has said that Neuer will see out his contract but the cash-strapped club may decide to cash in on a hefty transfer fee at the end of this season rather than see him leave as a free agent a year later.

Neuer is Schalke's captain and the Germany's current number one, featuring in all of his nation's matches at last summer's World Cup.

Red Devils supremo Sir Alex Ferguson could be looking for a replacement for 40-year-old Dutch keeper Edwin van der Sar who will departing Old Trafford at the end of the season.