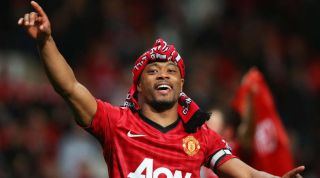 The former left-back, who hung up his boots earlier this year following a brief spell with West Ham in 2018, remained at United for one season after Alex Ferguson’s retirement in 2013.

But the Red Devils have failed to win another league title since Ferguson retired and are already seven points adrift of league leaders Liverpool after five games in 2019/20.

And Evra admits that United’s decline has pained him, while also calling on the club to recapture the “arrogance” of old ahead of Sunday’s trip to West Ham.

“We played [last weekend] against Leicester and many people said it was going to be a tough game because they’re in form but it’s what I’m talking about,” he told United’s official website.

“Where is the respect for Manchester United? I want people to fear us again and people have to go out and play better and win the games.

“I know it’s not easy going to West Ham, it’s a tough place, but we have to make sure, when the players step on the pitch, we are united.

“I want that arrogance to come back, you know. Even if it’s not easy, people have to understand we are Manchester United. So I’m upset when I hear people talking about United as if we are nothing. It’s killing me.

“I know some people complained we didn’t play great against Leicester but we got the three points. It’s what we have to do. Going on that pitch, we have to get three points. Trust me, when the full squad is back, we’re going to have some better days for us.”