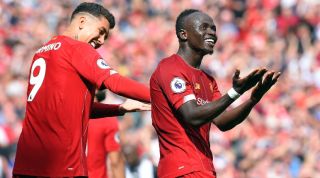 For a Liverpool supporter like myself, we are living in unprecedented times. For anyone of my age, mid-30s or younger, we haven’t seen our side win the league title. I was five when the Reds were last crowned champions of England and it’s been 29 long years since then.

In the ‘90s, the media line of ‘next year is Liverpool’s year’ was more because they were so used to winning titles that it just seemed like eventually they’d get it right. Surely they would end what was then the club’s longest time without a title since before the 1960s. That drought has now extended to the Reds’ longest ever run without a league title.

For a club of Liverpool’s glorious history, supporters of my generation have been dealt something of a rough hand. There's been plenty of silverware arriving at Anfield over the last 30 years – including two Champions League titles, of course – but it will always feel incomplete until the title is finally delivered.

There have been plenty of false dawns along the way. Second-placed finishes in 2002, 2009 and 2014 all proved to be the pinnacle of each manager’s (Gerard Houllier, Rafa Benitez, Brendan Rodgers) league career in the Anfield dugout.

When Benitez’s side won the Champions League in 2005, it didn’t feel like the Spaniard had a side ready to dominate domestically and in Europe. Benitez almost delivered the elusive silverware we crave, but eventually came unstuck amid political turmoil on Merseyside.

Rodgers’ second-place finish in 2014 arrived as unexpectedly as the success of 2005, and again there was never complete optimism that the foundations were in place for Liverpool to return among England and Europe’s elite.

And so, having finished second last season – in doing so, recording the third-highest points total in the history of English football – and then lifting the club’s sixth European Cup, 2019 is unlike any other time for supporters of my generation.

We have lived with stories of Liverpool’s past; of the club dominating teams at home and abroad; of Anfield being a fortress, where a victory was assumed before kick-off; where you watched the best players from around Europe every week.

Now we sit at Anfield and are privileged to be watching what our forefathers so affectionately told us stories of: beating sides with complete control, going unbeaten at Anfield in two-and-a-half years, with a side containing some of the best players in the world who you have complete faith in getting the job done.

As the sun shone at Anfield on Saturday against Newcastle United – as Liverpool made it five wins from five games to begin the new season, in doing so setting a new Premier League record of 14 consecutive wins – it was difficult not to marvel at how complete this side is that Jurgen Klopp has built.

In defence, we have the best player in the world – according to UEFA, at least – in Virgil van Dijk. A player who we've become accustomed to watching stroll around in second gear, letting an opponent think they’ve got away from him, only for the giant Dutchman to hit the accelerator and completely snuff out an attack.

When Luis Suarez was lighting up Anfield with his sublime and unique attacking displays, we were left in awe at what we were witnessing. Often it was laughter in the stands after some audacious piece of skill – or turning a defender inside out on the way to scoring four goals in one game.

It’s similar with Van Dijk now. Laughter when he hits the afterburners and you watch the attacker think: ‘How has he done that?’ Laughter when a shot blasts and he stands still like a mannequin on the training ground to nonchalantly block the attack.

Even defending is now enjoyable to watch – which makes a change for those of us who grew up with frustratingly leaky defences and some of Liverpool’s worst ever signings haplessly attempting to plug such holes.

We have a front three who many – even those who witnessed Liverpool’s attacks that contained Ian Rush, John Barnes, Kenny Dalglish and plenty more – describe as the best in the club’s history.

One of the front three, Mohamed Salah, has won the Golden Boot in the last two years. On the other side, Sadio Mané joined him last season. In the middle, we have possibly the most unique and likeable footballer I’ve ever had the privilege to watch in a Liverpool shirt. One supporter on Saturday described ‘Bobby’ as “the Brazilian Kenny Dalglish”, which is both indicative of how highly he is now thought of and just how important he is to this side. Trent Alexander-Arnold said he’s “priceless” and “the one who makes everything tick”. Jurgen Klopp said he almost joined in with the Kop when they were singing Firmino’s song on Saturday.

Two minutes after coming onto the pitch, Firmino delivered a beautiful though-ball for Mané to put Liverpool ahead. But his best assist was yet to come, when he controlled with his right foot, then flicked with the left to play in Salah and leave Newcastle defence's literally falling over themselves.

Firmino is delivering moments like we watched Dalglish produce on VHS growing up. Mané and Salah are hitting figures that Barnes, Rush, Kevin Keegan, John Aldridge & Co. produced in their best years.

And so, sitting top of the table after five games, five points clear, this is a very different feeling. Nobody is taking anything for granted – none of us dare even to think about the title being en route to Anfield. We’ve had too many near misses.

We are, though, aware that this is unlike previous times and not a false dawn. This is a young side that is still developing under the best manager the club could possibly have.

Supporters of an older generation will now admit that they took for granted league titles and silverware every May. Nobody of my generation can say the same.

Anyone who says ‘Liverpool thought they'd won the league after five games’ later in the season will not be basing such a narrative on actuality. Nobody thinks the title is won.

We've lived with Paul Konchesky in defence, Erik Meijer up front, Salif Diao in midfield; Roy Hodgson describing a win at Bolton as "a famous victory"; five years of 'Gerrard's slip' songs; endless 'next year is your year' nonsense; the club being on the brink of bankruptcy under Hicks and Gillett. All that is why we are fully aware of how good this team is and fully appreciative of what they are delivering.

But for this team to be remembered in the manner it both should and deserves to be, it must win a title.

End this wait, and this can be the start of a sustained and appreciated period of dominance for Liverpool once again. Then we can tell our kids and grandkids the stories like what we were told. I just hope YouTube isn't deemed as old-fashioned as VHS in 30 years' time.

QUIZ Can you name the highest-scoring Champions League players by A to Z?