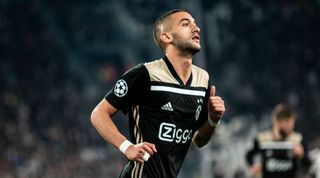 According to the Mirror, Ziyech – one of Ajax's Champions League heroes this season – is available for £25 million.

This relatively cheap price has attracted a host of top Premier League clubs.

With 19 goals and 20 assists so far this season, Ziyech has been one of Ajax's most important players in a season where he is still competing on three fronts.

And while Arsenal and Manchester United are thought to be prioritisng defenders this window, Ziyech's price tag is such that it might be deemed too good a deal to miss out on.

Manchester City and Liverpool are keen to improve their already-impressive attacks in an attempt to raise the bar as the league's leading sides.

Ajax will be hoping not to lose yet another player, but could be powerless against the financial superiority of the Premier League's elite sides this summer.

The 8 most disappointing Premier League players of 2018/19