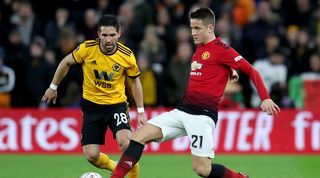 The Spaniard is out of contract at Old Trafford at the end of the season and has frequently been linked with a move to the French capital.

The Mirror has reported that the midfielder has agreed a deal worth £160,000 per week with the Ligue 1 champions, who he will join as a free agent on July 1.

Herrera’s salary demands were deemed too steep by the Red Devils hierarchy, as he is currently earning around £60,000 per week but was demanding improved terms worth almost £200,000 per week.

The former Athletic Club playmaker is set to turn 30 this summer and was not considered to be worth the substantial outlay.

He has made 22 appearances in the Premier League this season, scoring two goals and providing three assists.