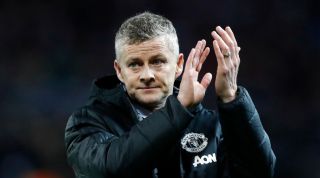 Big changes are expected in the Red Devils first team this summer after a disappointing campaign, but Ole Gunnar Solskjaer’s side appear to be looking to the future too.

Norwegian outlet iTromso reports that 14-year-old Hansen-Aarøen has signed for the Old Trafford club, but will have to wait another 15 months before arriving in England.

That is because Fifa regulations prevent the Tromso forward from moving overseas until he turns 16 on 22 August 2020.

The Norway Under-15 international is understood to have had trials with Liverpool and Everton before agreeing a deal with United, who will pay around £90,000 for his signature.