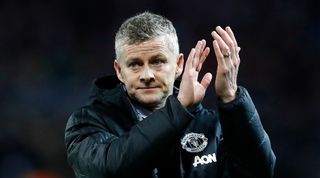 The Norwegian is looking to revamp his squad in the market after a disappointing sixth-place Premier League finish in 2018/19.

However, ESPN FC reports that his spending power will be limited to £100 million unless the club can raise further cash from player sales.

The futures of big-name players like Paul Pogba, David De Gea and Romelu Lukaku remain up in the air and sources have told the outlet that the if they are sold the proceeds will added to Solskjaer’s budget.

However, there is a belief that if the trio stay put, the addition of more up-and-coming young talent like recent signing Daniel James should be enough to clinch a Champions League spot next term.

James, who arrived from Swansea City for £15 million, is United’s only signing of the summer so far, with players scheduled to report for pre-season training on July 1.

New contracts have been handed to Ashley Young, Phil Jones, Chris Smalling and Juan Mata, but there is yet to be significant movement regarding the club’s reported interest in Leicester defender Harry Maguire, Newcastle midfielder Sean Longstaff or Crystal Palace full-back Aaron Wan-Bissaka.