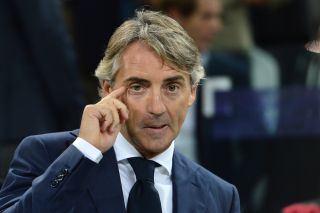 Mancini believes the 2-2 deadlock has thrown Group B wide open, with Gala, Juve and Copenhagen yet to record a victory, and feels the race for qualification could go down to the wire.

Gala entertain Copenhagen on Wednesday and Mancini said: "With the point we took from Juventus the group has become more open and I believe that the group will be decided in the last group match against Juventus.

"Until that match I believe that we won't make many mistakes and we will stay alive until the last match.

"Of course we respect our opponents and first we have to win tomorrow and then we have to carry on in the other fixtures."

Galatasaray - then under the leadership of former manager Fatih Terim - opened their Champions League campaign with a 6-1 home thrashing at the hands of Real Madrid, before picking up a draw in Turin following Mancini's appointment.

The Istanbul-based side made it to the quarter-finals of last season's competition, losing 5-3 on aggregate to Real.