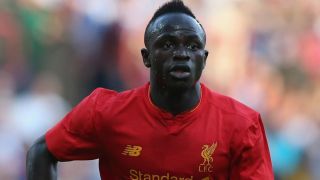 Liverpool recruit Sadio Mane says he turned down the opportunity to sign for Manchester United before completing his move to Anfield.

Mane, 24, penned a long-term deal with Liverpool after their estimated £34million bid was accepted by Southampton.

However, the attacker confirmed there was interest from United, but he chose to work under Jurgen Klopp over Jose Mourinho.

When asked about the United interest, Mane told the Liverpool Echo: "Yes, it was true.

"There was interest from a lot of clubs, not just Manchester United, but as soon as I knew Liverpool were interested I just felt it was the right club with the right coach. It was right for me to come here.

"Liverpool are a massive club with a big history that has won many trophies over the years and as soon as I was told of the possibility to come here and I knew the manager wanted me I said yes.

"It was the right move. I recognise the size of the club and to progress to another level as a player this was the club and the moment for me. It was a step I needed to make."

Mane revealed he was a fan of Spanish champions Barcelona growing up, but had a soft spot for Liverpool after their Champions League exploits against AC Milan in 2005.

"I was a Barcelona fan," the Senegal international said. "My favourite player was Ronaldinho. But I watched a lot of English football and admired lots of English teams.

"The one game that really strikes me is the Champions League final versus AC Milan.

"I was thinking about that game on the day I signed for Liverpool. It is a famous game and it struck everyone in Africa at the time."