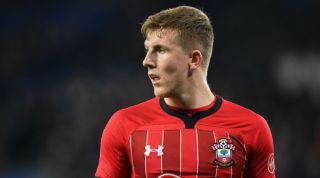 According to TEAMtalk, Targett is seen as a pracitcal signing by both Unai Emery and Jurgen Klopp.

The Reds are looking for competition for Andy Robertson after announcing that Alberto Moreno is leaving the club when his contract expires.

In a similar vein, the Gunners are hoping to find another option to alternate with Sead Kolasinac, while operating on a tight budget - and Targett fits the bill.

It's reported that Leicester, Aston Villa, Newcastle and Fulham are all interested.

Targett himself is believed to be expecting a move after the Saints told him they would sell him for the right price, in favour of keeping Ryan Bertrand.

The former England under-21 player has reportedly been advised to seek as much gametime as possible if he wants a chance at playing for his country at senior level.