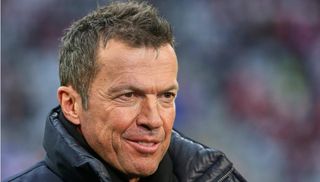 World Cup winner Lothar Matthaus does not believe that a French era of dominance is near despite Les Bleus lifting a second world crown on Sunday.

France beat Croatia 4-2 in Moscow to add 2018 success to their 1998 triumph, while banishing the memories of defeat to Portugal in the European Championship final two years ago.

Nineteen-year-old Kylian Mbappe was named the tournament's best young player, while 15 of the 23-man squad are 25 and younger giving France the second youngest squad in the tournament.

Many have suggested France can dominate world football in years to come but, writing in Bild, Matthaus disagreed.

He wrote: ''I do not believe that the French will establish an era.

''The team did not adopt any style or convince with fascinating football.

"They did not push their opponents to the edge.''

Matthaus' criticism is nothing new for Didier Deschamps' side, who were criticised by some for a perceived lack of adventure.

Belgium goalkeeper Thibault Courtois accused them of playing "anti-football" during the semi-final, while Croatia's Dejan Lovren said they "did not play football" in Sunday's showpiece.