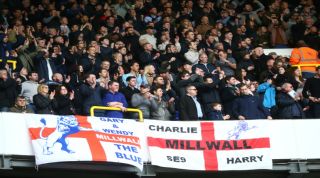 Video: Why Manchester United's Eric Bailly could be in trouble for filming Juan Mata dancing

Millwall nuts hope to gain vote winners to support their campaign against Lewisham Council so that the club can remain at The Den.

In a new attempt to keep their 24-year-old ground, the Association of Millwall Supporters have raised the necessary funds to enter a candidate to stand for election in one of the nearby seats in south London. If successful, the supporters' group will be looking to put a candidate into next year's local council elections as well.

Lewisham Council have already filed for a Compulsory Purchase Order to force Millwallto sell back their lease on the land, so developers can build luxury flats.

So, after June 8, we could heading for a Millwall utopia ladies and gentleman. No one likes them – so they'd fit right in.