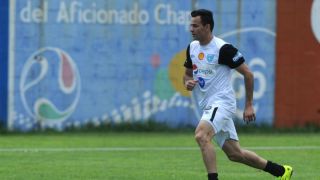 According to King 5, police allegedly found Keffeler and a bloody Pappa in a Seattle apartment some time in December. Pappa was bloody due to a stab wound to the abdomen, according to the report. He was traded from the Seattle Sounders to the Rapids on Dec. 15.

The report says Pappa and Keffeler have different stories about what happened, and that Pappa underwent surgery for his wounds.

No arrests have been made, although the case is reportedly still under investigation. The Rapids, Sounders and Pappa have made no comment.