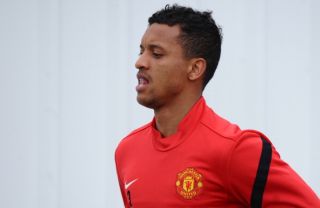 As a result, the 26-year-old has been linked with a move away from Old Trafford, despite the arrival of new manager David Moyes offering a chance at redemption.

And Vasilyev has revealed that big-spending Monaco could be Nani's next home.

"He has been proposed to us," he told L'Equipe. "He is a very good player, but there have been no talks so far.

"We have already changed our group quite a bit and we also want to offer opportunities to our young players. We still have time to make a few alterations before the end of the transfer window, if needed."

Nani drew comparisons to Cristiano Ronaldo early in his career, after following in his compatriot's footsteps by joining United from Sporting Lisbon in his native Portugal.

He has since made 212 appearances for the Premier League club, scoring 40 goals.