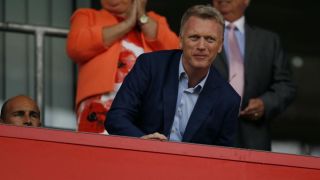 Sunderland coach David Moyes says their squad is still short of what is required despite the signing of centre-back Papy Djilobodji from Chelsea.

The Senegal defender arrived at the Stadium of Light on a four-year-contract, after spending half of last season out on loan with Werder Bremen in the Bundesliga.

"It is hopefully the first of several," Moyes told Sunderland's official website.

"There is no doubt that the squad is short and we must add to it, but in Papy we have added another central defender.

"He is naturally left-footed and that's what I wanted, plus he gives me more competition.

"He has good experience playing in Germany last year and he's a Senegalese international. He's 27, which is a good age for us and I hope we can make him a better player, but it is never easy coming to a new club.

"It is a jigsaw and you can only put the bits in you get at the time, but I'm pleased that I've got the first bit in and I'm looking forward to concluding some more deals quickly."