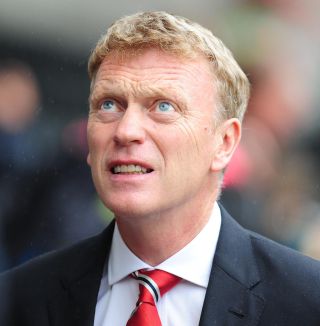 Moyes has been frustrated in his attempts to strengthen his squad throughout the window, with mooted moves for Thiago Alcantara and Cesc Fabregas failing to materialise.

But the Scot is unnerved by this lack of transfer activity and insists he will not be rushed into buying players.

"There is a need to do it," he said ahead of Monday's fixture with Chelsea. "But there is no pressure to do it.

"It's something I'd like to do and we've been talking about it probably since I took the job on July 1.

"I have an idea of where I need to strengthen and, if the right players are available, then great. If not, the first thing we'll do is encourage our own young players in the squad to do as well as they did last year.

"There is a possibility (nobody will sign) but the plan is to bring in one or two if we can.

"I think there's value (out there) but we have only targeted certain players and don't have a big, big list.

"There are only certain quality players we want to bring to the club."

The former Everton boss also refused to be drawn on the future of Wayne Rooney, who was reportedly the subject of two failed bids from Chelsea during the close-season.

"We've told you (Rooney is not for sale) haven't we?" he continued. "I hardly need to repeat it again. It doesn't need to be said."