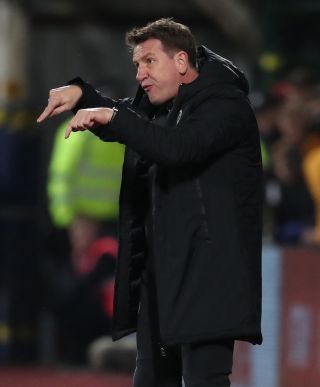 Jorg Sievers insisted that struggling Hearts can improve after his appointment as assistant manager was confirmed by the Tynecastle club.

Sievers has signed a deal until the summer of 2022 having arrived from Hannover 96, where he previously worked with new Jambos boss Daniel Stendel.

The Gorgie side went into the winter break five points behind Hamilton at the bottom of the Ladbrokes Premiership table.

However, former goalkeeper Sievers, who spent his entire playing career with Hannover, told Hearts’ official website that he is optimistic about an upturn in fortunes.

He said: “I have worked with Daniel previously at Hannover. When Daniel was the manager I was his assistant so I know him well.

“He got in touch with me and asked me to join him here at Hearts.

“I travelled over to Edinburgh for a few days last month and was able to watch the games against Hibs and Aberdeen at Tynecastle.

“During that time I was able to visit the training centre as well and everything felt very good, so I said yes.

“I know the club is not in a good position in the league table at the moment  but if I didn’t think we could improve then I wouldn’t have come here.

“We have a little bit of time now before the next game and we have work to do.”