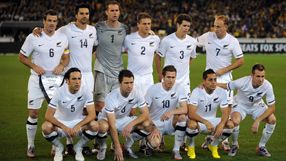 Attempts continued on Thursday to avert disaster at a nuclear plant 240-km (150 miles) north of Tokyo which was torn apart by four explosions after a 9.0-magnitude earthquake and tsunami hit Japan last Friday.

"This has been a tough decision to make but with the match just two weeks away and media reports reflecting such great uncertainty surrounding the nuclear situation in Japan we believe it is prudent to err on the side of caution and withdraw our teams," New Zealand Football chairman Frank van Hattum said in a media release.

"At this time emotions are running extremely high in New Zealand, and sadly the decision to proceed with a football match in this context was not feasible."

The Japanese Football Association (JFA) had offered to move the match away from the area to Osaka, NZF said.

The JFA on Wednesday cancelled another friendly against Montenegro scheduled to take place on March 25 in Shizuoka and said a charity match would replace the New Zealand fixture if the All Whites decided not to travel.

NZF also withdrew its under-17 team from a tournament scheduled to take place in Fukuoka after holding the players overnight in Hong Kong on Wednesday.

"Our hearts continue to be with the people of Japan and everybody affected by the earthquake as they focus on this period of recovery," Van Hattum added.

"New Zealand Football will work as hard as possible with the Japan Football Association to examine the possibility of rescheduling the fixture for a future date."