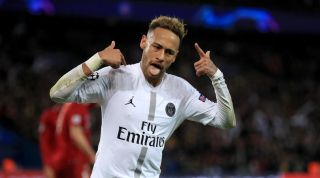 The La Liga champions are keen to re-sign their former forward and will submit their bid in the coming days.

They are said to be proposing a loan deal with an option to buy the Brazilian outright next summer.

Despite reports that the likes of Nelson Semedo and Ivan Rakitic could be included as makeweights, Barcelona do not intend to send any players to the Parc des Princes.

The Catalan club have not yet decided the proposed transfer fee should they wish to make the move permanent in 2020.

However, it is unclear whether PSG will be receptive to an offer which does not oblige Barcelona to purchase Neymar at the end of the season.

Ranked! The 7 most entertaining fixtures in the Premier League – and when they’re being played in 2019/20