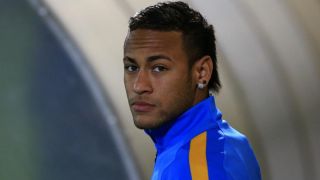 Barcelona star Neymar says he did not hear any racist chants allegedly directed at him during Saturday's Catalan derby with Espanyol.

Barca captain Andres Iniesta was among those to suggest that Neymar was the subject of taunts in his side's 0-0 draw with their local rivals at Cornella El Prat.

Espanyol president Joan Collet denied such claims, saying: "I was there, just like 30,000 people and nothing happened."

And Neymar has broken his silence on the issue, saying he was unaware of any such abuse.

"I did not hear the chants," the Brazil captain said, in quotes reported by La Sexta.

"I do not hear things outside of the pitch. I only play football."