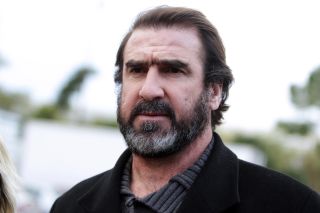 The French game has experienced an increase in profile recently, with the ascent of Paris Saint-Germain and Monaco helping to raise greater interest in Ligue 1.

Yet while PSG and Monaco appear poised to establish themselves as forces in European football, few teams outside the top two look capable of challenging for honours.

PSG have no local rival to speak of in the French capital, which Cantona believes is due to a lack of passion for the sport in his homeland.

"There are six clubs in Rio, the same in London. In other big cities like Rome, Barcelona, Milan, Madrid, Buenos Aires, Manchester, Istanbul, they have at least two," Cantona told L'Equipe.

"But in France, we've never been able to have two viable clubs in Paris.

"It's not only unique to Paris either. France is the only country in which there aren't two top-level clubs in the same city.

"I'm talking about the top league. We have to face up to the facts: France doesn't have a football culture, doesn't have passion for football. That's the situation today anyway. Perhaps it will change."

Cantona, who enjoyed great success with both Leeds United and Manchester United after leaving Nimes in 1991, feels lowering ticket prices could bolster football's popularity among the 'lower-classes' of the French population,

"When they sell the TV rights for hundreds of millions, perhaps they should force clubs to keep some tickets at reasonable prices for a certain section of the population, so that football is not lost to those who make it so popular," he added.

"Football has often been the only means for the least favoured classes to express themselves. Football mustn't be allowed to be lost to them."