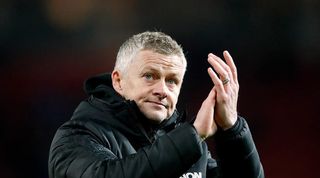 Solskjaer has come under pressure once again following a run of three games without a win in all competitions.

A 3-1 home defeat by Manchester City in the first leg of the League Cup semi-final on Tuesday led to criticism of the Norwegian and United's players.

But Fletcher, who played alongside Solskjaer at Old Trafford, still believes Solskjaer is the right man for the job.

“Ole Gunnar Solskjaer could have been selfish and could have got players in for a quick fix,” Fletcher told talkSPORT, “but he wants to do the best for Manchester United long term – and he’s doing it the hard way. He has to be respected for that.

We are a great counter-attacking side, but Ole wants us to be good in possession as well. But we’ve lost our most creative player this season – Paul Pogba. Pogba, say what you like about him, I think he gets a hard time.

“There is no doubt we’ve missed him this season – the stats are there [to prove it]. Relative to how people think he’s performed – whether he’s lived up to the price tag or not – Paul Pogba creates on the pitch, makes things happen, and tries things with his passes. They’ve missed that, 100%."

United, who currently find themselves five points adrift of fourth-placed Chelsea in the race for the final Champions League qualification spot, host bottom-of-the-table Norwich on Saturday.