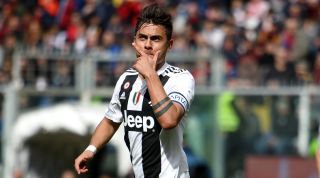 Spurs had an offer of £65m accepted by Juventus on Wednesday, but the move will not go ahead on deadline day as hoped.

The Italian giants were said to be having second thoughts about selling him this morning, but the biggest issue is that Dybala's image rights are not owned by him. Instead, the Malta-based Star Image Company – owned by the Argentine's former agent, Pierpaolo Triulzi – hold them, but are demanding too much money to relinquish.

The north Londoners had been hopeful of completing the signing of the Argentina international, despite the anticipated complications.

Dybala had rejected a move to Manchester United earlier in the week, but Tottenham were quietly optimistic that they could agree terms with the forward.

However, the legal web means Dybala will be staying in Turin for the 2019/20 campaign.

Tottenham have also ended their interest in Bruno Fernandes after being put off by Sporting CP's asking price.