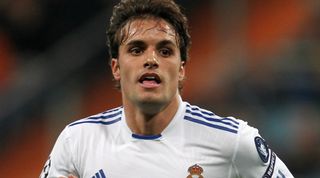 Leon was brought in from Getafe during the Portuguese tactician’s first transfer window as boss at the Bernabeu.

However, he lasted just one season in Madrid before returning to his former club on a two-year loan deal, which was eventually made permanent in 2013.

Speaking to El Transistor, the current Eibar man revealed that he had opportunities to move to the Premier League and Serie A in January 2011 – but his manager refused to let him go.

“I had another offer from City, Chelsea and Milan,” he said.

“Some wanted to sign me in winter but Mourinho didn’t let me go.”

Leon made just six La Liga appearances for the Spanish giants under Mourinho, with the former Chelsea boss unhappy with his commitment to training.

The ex-Blues manager famously responded to questions about the winger’s lack of involvement in Madrid by taking a swipe at his player in a press conference.

"You talk of Pedro Leon as if he was Zidane or Maradona or Di Stefano,” he said.

"He was playing for Getafe two days ago."

Leon, now 32, joined Eibar from Getafe in the summer of 2016 and has made six league appearances this season, scoring one goal.

Real Madrid finished four points behind champions Barcelona during his solitary season in the capital, and were knocked out of the Champions League by their fierce rivals at the semi-final stage.

QUIZ! Can you name the 59 England players to earn a cap under Gareth Southgate?