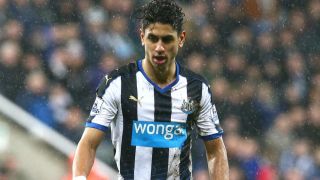 Newcastle United forward Ayoze Perez is targeting an extended run in the FA Cup as the club searches for some long-awaited silverware.

The Tyneside club have failed to progress past the fourth round of the competition since 2006, where they made it to the sixth round.

It has been 61 years since Newcastle last lifted the FA Cup, and Perez has assured fans the club are taking this year's tournament as seriously as possible.

"The fans need something more from us in those competitions," he told The Mirror. "We want to fight for the FA Cup, and try to get as far as we can.

"Part of being a player at this club is knowing how long they have not won a trophy.

"We have not even got past the fourth round much in recent seasons, and that is a tradition we have to change. We have to look after the FA Cup this season.

"Every competition, we have to fight for it. It’s 61 years in May since Newcastle last won it, such a long time ago. We have a chance."

Newcastle manager Steve McClaren vowed to field a strong line-up in their third round clash against Watford on Saturday.

"We’ll play a strong team and every game is important," he said. "The FA Cup is as important as any other game. It’s another game we want to win."