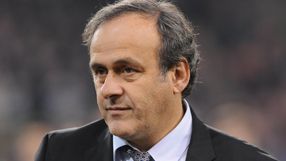 Although racism and incidents of crowd violence have also plagued the sport, Platini said the end of uncertainty about results would kill passion for the game and even the sport itself.

"Racism, violence do not affect just football but the public. On the other hand, we are directly concerned by match-fixing," he told French radio RTL when asked about the main threat to football.

"For me, this is the big shame. If tomorrow, we go watch a game already knowing the outcome, football is dead."

Match-fixing and betting have long been a concern for football authorities who have had to deal with high-profile recent cases, including one which cost Napoli, second in Italian Serie A, a two-point penalty.

Platini also discussed racism, praising AC Milan midfielder Kevin-Prince Boateng for walking off the pitch during a match this month in protest against abuse.

"It was wonderful. I really liked it a lot. I even called AC Milan to congratulate them," he said.

Asked about the threat posed by doping in the light of former cyclist Lance Armstrong's confessions, Platini said such an organised cheating system was not possible in football.

"You can never say never. But I think we would know," he said.

The three-times world player of the year, head of European football governing body's for six years, refused to comment on his plans for the future and reports that he might try to become the next FIFA president.

He said he wanted to "keep fighting in order for football to keep being a game" and reiterated that he will fight for Qatar to stage the 2022 World Cup during the European winter.

"In 2010 in South Africa, the temperature was five degrees at 5 p.m. It was a celebration but I did not see anything... we have to play the World Cup at the best moment to stage the World Cup," he said.