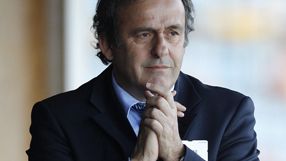 The Frenchman said European football's governing body was waiting for feedback on its proposal, first announced at the end of Euro 2012 in Poland and Ukraine, which he added would be a one-off.

"If the idea is appealing to them we will enter into details to see how we can organise a Euro in several European cities but only in 2020 mind you," Platini told reporters in St Petersburg after a meeting of UEFA's executive committee.

Platini said the competition, which will be expanded from 16 to 24 teams from 2016, would be too costly for many countries to stage on their own.

His idea of having matches in 12 or 13 nations with the final stages in one venue will be discussed by the executive board in December with a decision made early next year.

Turkey have expressed a wish to stage the tournament on a conventional single-country basis but their bid will be dropped if Istanbul is awarded the Olympics in the same year.

Scotland, Wales and Ireland have also declared their interest in staging the finals.