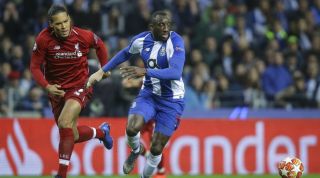 The 28-year-old is a target for Leicester City, Wolves and West Ham this summer as each club look to bolster their attacking options.

However, CM Sport has reported that Porto are holding out for a bid close to the player’s €40 million release clause.

Marega wants to leave Portugal this summer and his club are willing to sell, but none of the interested parties have put acceptable proposals on the table so far.

The Mali international scored 11 goals in 29 league games for Porto last season, plus a further six strikes in the Champions League.