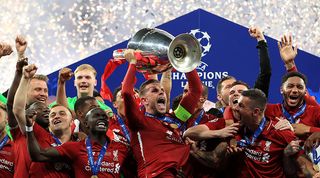 While it may be the sixth time that the Reds have lifted the Champions League trophy, there have also been occasions when they have fallen just short. Since the turn of the millennium, Liverpool have reached six finals in European competitions – and lost as many as they’ve won.

A 5-4 victory over Alaves in the 2001 UEFA Cup Final saw Gerard Houllier’s men claim a treble that season (having won both domestic cups), while their 2016 defeat to Sevilla in the Europa League was merely the beginning for bigger and better things under Jurgen Klopp.

Last season’s Champions League loss to Real Madrid will be remembered for goalkeeping errors and a stunning overhead kick from Gareth Bale, while 2005’s ‘Miracle of Istanbul’ will always be better known than the 2007 re-run against Milan.

But how many of the Liverpool players who appeared in those games can you remember? We’ve put together the Reds’ starting line-ups (of course), as well as those who came off the bench. We’re giving you 10 minutes to name as many as you can – so once you’re done, send a screenshot of your score to @FourFourTwo and challenge a mate to see if they can do any better.

QUIZ! Can you name all 40 teams to appear in a European Cup or Champions League final?