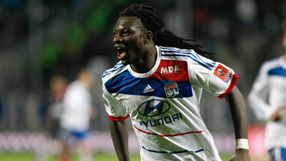 Lyon, who have not taken part in the Champions League this season for the first time since 2000, already sold top players Hugo Lloris, Aly Cissokho and Kim Kallstrom during the last transfer window in a bid to cut costs.

They have still managed to challenge Paris Saint-Germain and lie second in the Ligue 1 standings, level on points with their rich rivals, but are the only French club listed on the stock exchange and have yet to comply with financial constraints.

Aulas confirmed that Argentine full back Fabian Monzon, who signed from Nice in the off-season, has joined Brazilian side Fluminense on loan for six months.

Other players will leave in January.

"There will definitely be other moves during the winter transfer window," the club's owner told reporters.

"The ideal solution would be a big transfer... otherwise, a couple of players will leave on loan.

"Our strategy is to cut the payroll. The club has to be well run... so we will stick to our strategy, whatever the [sporting] price will be."

Lyon have been in talks with several clubs who have shown interest in France striker Bafetimbi Gomis, who has scored 11 goals in 19 league appearances so far this term.

"It will speed up in the last 15 days of the window," Aulas said, suggesting Lisandro Lopez's departure could be an option if Gomis was to stay at the club.

The Argentine striker has asked to relinquish the captain's armband.

Aulas also confirmed that Turkish side Besiktas have made an offer for France forward Jimmy Briand.

Lyon, eliminated as French Cup holders in the last 64 round when they lost on penalties at third tier Epinal last weekend, visit 19th-placed Troyes on Saturday.