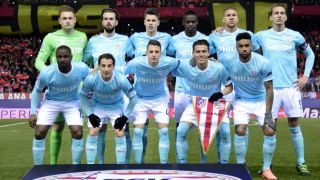 The 22-year-old has penned a five-year deal with the Eredivisie champions.

PSV were keen to bring in an extra shot stopper following a shoulder injury to Luuk Koopmans that we will keep him out for several months and have now swooped for Jurjus.

"We had been keeping tabs on Hidde for a while. We stepped up our interest following Koopmans' injury," sporting director Marcel Brands explained.

"[First-choice goalkeeper] Jeroen Zoet will not be at PSV forever, so we have made this signing with an eye on the future."

Jurjus came through the ranks of the De Graafschap youth academy and was keen to make the next step in his career after a successful spell in Doetinchem.

"This is a great chance to keep on developing," the goalkeeper stated.

"I heard about PSV's interest for the first time two days ago and it's already a done deal now.

"This is a great step for me after 13 years at De Graafschap."

Jurjus has been capped at Under-21 level for Netherlands.