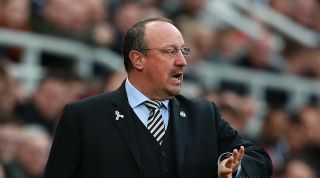 The Serie A side are seeking a permanent successor to Claudio Ranieri, who has departed the Stadio Olimpico after his time as interim head coach came to an end.

Benitez's contract at St James' Park expires next month and he is yet to agree a new deal.

The Spaniard wants assurances over transfer funds and the future of the club, with the Magpies having been linked with a £350m takeover by Sheikh Khaled.

And Roma could take advantage of the uncertainty if they make Benitez their leading target.

The Giallorossi are also considering Marco Giampaolo, Roberto De Zerbi and Maurizio Sarri, who is the favourite to take charge of Juventus.