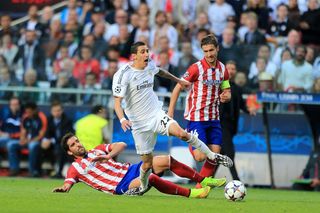 Raul Garcia struck 10 minutes from time for Athletic Bilbao as they held Espanyol to a 1-1 draw at San Mames.

Facundo Ferreyra scored his first goal since joining Espanyol from Benfica on a deal until June 2020 in the January transfer window, slotting low beyond Bilbao goalkeeper Iago Herrerin in the ninth minute.

Bilbao were seemingly heading towards their second defeat in a row – having lost to Valencia last Sunday – but Garcia came to their rescue in the closing stages.

The former Atletico Madrid midfielder was able to direct his header past Espanyol shot-stopper Diego Lopez as the spoils were shared.

The stalemate means Espanyol are unbeaten in their last six matches in LaLiga.