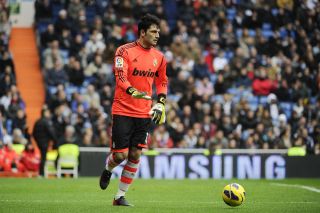 The 26-year-old was just three months into a nine-month deal when the Serie A outfit announced that his deal had been terminated by mutual consent.

Adan will be formally unveiled on Wednesday and could make his debut in Sunday's home match against Espanyol.

He insists he is not worried about being thrown into a relegation fight.

"I'm aware of the situation that the club is in but I had to take this step," he added,

"The important thing is to be realistic. The situation is difficult but the first thing is to give everything on the pitch.''