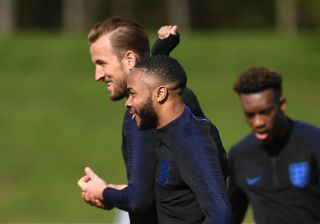 Premier League chief executive Richard Masters does not believe homegrown player quotas are the answer to improving the fortunes of the England team.

The balance between homegrown and overseas players in a 25-man Premier League squad is back in the spotlight following Brexit, which will affect the way clubs do their international transfer business once the transition period ends at the end of the year.

The Football Association has previously stated in November 2018 that it favoured cutting the number of overseas players per squad from 17 to 13 with a view to boosting the chances of young English talent.

FA representatives are due to present to Premier League clubs at the league’s shareholders’ meeting on Thursday, and Masters says the conversation will be taken forward from there.

“We have to come up with a different system,” he said.

“The FA, the EFL and the Premier League all agree that (system) shouldn’t impact on the competitiveness of the Premier League, that concept of the best versus the best. Clubs should still be able to acquire the best talent and support a cohort of homegrown players coming through the system.

“We don’t necessarily believe quotas are the answer.”

Masters, who was addressing the media for the first time since his permanent appointment as chief executive last December, also spoke about a wide variety of other issues.

The future of European competition

There have been calls from the European Club Association to shake up the format of continental competition from 2024, with proposals placing limits on qualification via domestic leagues and an increase in the number of matches teams play.

Masters said: “Post 2024 there is talk of reforming the European pyramid. We believe that radically changing the access criteria is damaging to the domestic competitions and the leagues. If you pack fixtures in there, something has got to give. I think it’s reached a different stage and development now where I think it’s going to be resolved by the end of the year. UEFA and (its president) Aleksander Ceferin have taken a stronger grip of the process and I have confidence that there will be a sensible outcome in the end.”

“Obviously replays are a part of the history and tradition of the FA Cup, and also part of the commercial programme of the FA. So I don’t want to add anything really to the situation to create any more or additional pressure. We need to listen to players and managers about fixture congestion, because the demands on players are getting greater.”

MW26 will be played over two weekends, giving players a chance to recuperate in a mid-season player break— Premier League (@premierleague) February 4, 2020

“The average (break) is about 10 days. It’s been a long time coming and it took a lot of discussions with our partners and the FA. Let’s see after the event how it works and whether the players see a benefit.”

The Manchester City boss implied that Masters should be unhappy about Liverpool running away in the title race, after Masters’ predecessor Richard Scudamore commented on City in the past.

“We’re entirely neutral on the clubs, what we like is as much competitive edge as possible. The Premier League always delivers something in terms of its narrative. The fact that Liverpool are 22 points ahead of their nearest rivals shows what a great side they are. But it’s not just about the top, it’s about the European spots and the rest of the league. There’s always something to keep people excited.”

The reported Saudi takeover at Newcastle

Masters was asked about the possibility of Newcastle being taken over by the Saudi sovereign wealth fund, and whether the league’s rules would permit a takeover by a state linked with piracy.

“There is a set of objective tests which are financially related and there are also tests – and again, I am not linking this with anybody – about crimes committed overseas or activities which might be deemed to be seen as criminal in this country which might be taken into account.”

The relationship between Premier League clubs and betting companies

“The Government deregulated gambling – changed the framework around gambling – in 2005, and I think it’s probably about time to have another look at it, the Government are going to do that, we’ll be welcome participants in that.

“Our clubs have always abided by rules and regulations in relation to it, I think this area does need stronger governance, particularly to protect the vulnerable. I don’t think the answer coming out at the end of it should be that football clubs shouldn’t have shirts sponsored by gambling companies any more, but we will certainly co-operate with the review.”

“Obviously a line was crossed. Those particular songs and the activities taking place outside Ed Woodward’s house were horrible and wrong. A line was crossed and the fans should be denounced.”