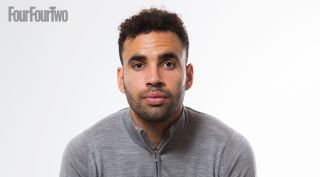 The Acton-born Wales international headed into the 2016 European Championship in France without a club after ending his 12-year association with Reading.

But the gamble paid off for the 27-year-old, who netted the winning goal against Slovakia before firing in a 2016 Puskas Award contender in the famous quarter-final upset over Belgium, flummoxing three Red Devils defenders in the process.

Robson-Kanu still had to wait until transfer deadline day to finally find a new club, penning a deal with West Bromwich Albion, but he admits interest in his services over the summer came from far and wide.

Speaking exclusively in the January 2017 issue of FourFourTwo magazine, he says: “There were quite a lot of negotiations that took place and there were a number of opportunities for me abroad in Spain, Asia, Russia and America. But I had told my agent that I would love to play in the Premier League, so a lot of the interest from other countries got pushed aside. I had a desire to play in the top league in the world.”

Champions League finalists Atletico Madrid were one of the Spanish clubs believed to be keen on the former Southend United and Swindon Town loanee, but he tells FFT that he wouldn’t have known if the Rojiblancos’ gaffer Diego Simeone had tried to lure him to the Vicente Calderon, as he had his phone switched off.

“I had my phone turned off because it was going mad – I was getting calls left, right and centre – so even if he had called me, I’d have missed it!” he says. “Atletico are a massive football club, but my ambition was to play in the Premier League.”

The Baggies eventually bagged Robson-Kanu’s signature, although his league appearances for Tony Pulis’ side have so far been limited to nine outings off the substitutes’ bench.

“It’s a great club with a good manager who knows the league,” he says. “I’ve been working hard in training, but I started the season quite late when I arrived, and it’s always difficult when that happens. I’m just waiting for my opportunity and looking forward to taking it. It should be every young footballer’s dream to play in the Premier League, and I’m grateful for the chance.”

Read more from Hal Robson-Kanu in the January 2017 issue of FourFourTwo magazine. Our Men of the Year edition includes interviews with Jerome Boateng, Pierre-Emerick Aubameyang and Michail Antonio, and hears from Christian Fuchs, Marc Albrighton, Andy King and Leonardo Ulloa on Leicester City’s remarkable 2015/16 season. Also this month, we talk to USA midfielder Megan Rapinoe on the kneel that was seen around the world, go One-on-One with Henrik Larsson, remember Johan Cruyff with his close friend Jaap de Groot and travel all the way to Lapland to have a kickabout with Father Christmas. Go get it, then subscribe!