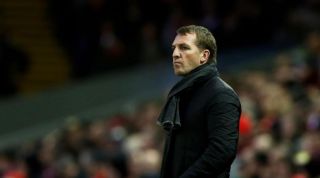 Rodgers' side claimed a 1-0 win over 10-man Sunderland on Saturday thanks to an eighth-minute opener from Lazar Markovic.

The Northern Irishman will welcome back winger Raheem Sterling from a two-week break next weekend when Liverpool visit Aston Villa.

And, with striker Daniel Sturridge expected to return this month and Adam Lallana also due to come back from injury, Rodgers is confident his side can hit their stride.

"I felt if we are going to get the best out of Raheem he is going to need a little bit of a rest and he will come back next week," Rodgers said.

"The exciting thing is we have always been better in the second half of the season and that is the business end.

Rodgers was also quick to credit the contribution of Markovic, who crashed a spectacular long-range effort against the crossbar in addition to scoring the game's only goal.

"Lazar has been very, very good for us in the last six or seven weeks so it is just taking time," he added.

"Emre Can and Alberto Moreno have also taken time coming to a new country with a big spotlight on them because of what we did last year, but now they are starting to settle into the philosophy of how we play."