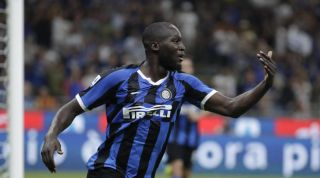 Romelu Lukaku has lost half a stone at Inter thanks to a strict diet plan imposed by Antonio Conte, according to the Daily Mail.

The Serie A side completed the signing of the Belgium international for £74m last month.

The striker was criticised for being too bulky at Manchester United but he has already slimmed down at San Siro.

Conte has told Lukaku to follow the 'Bresaola diet', which places an emphasis on white meat and vegetables.

And the new nutrition plan has already served the former Chelsea man well, with Lukaku having already shed over 3kg.

The centre-forward scored on his Serie A debut as Inter thrased Lecce 4-0 last weekend.