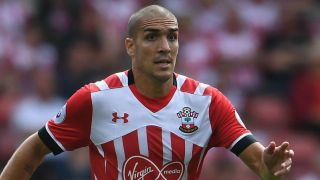 Southampton have been handed a boost ahead of the EFL Cup semi-final second leg away to Liverpool, with midfielder Oriol Romeu agreeing a new contract.

Former Barcelona and Chelsea player Romeu impressed during his debut campaign at St Mary's Stadium last season, having moved to the south coast from Stamford Bridge in August 2015.

He initially signed a three-year deal but will now be under contract until 2021 after penning an extension.

"I couldn't be any happier to have this new contract with the club," he said in a statement.

"Ever since I came here I have felt very, very good. Everything has been positive for me. I have developed myself and been getting better every day.

"Looking forward, it's a good thing for me, but hopefully there will be more to come and nice experiences to go through."

Having secured the services of Romeu, Saints' attention now turns to their trip to Anfield on Wednesday, when they will attempt to build on a 1-0 aggregate lead from the first leg and progress to a decider against Manchester United or Hull at Wembley.

"I think for the moment [the aggregate score] is not sufficient," Puel said.

"It will be important to score away and to stay focused about our game – not just to think about the result or just defending.

"It's important to produce a strong game in defence, a strong game with the ball and to keep opportunities and to stay dangerous against this team. I think it will be a difficult game, but in football [anything] is possible."